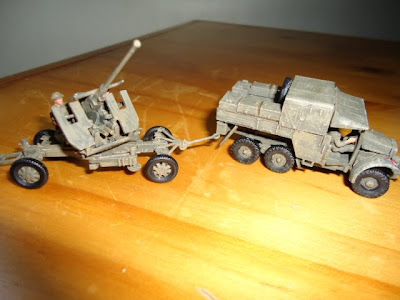 Took my time with this one, just the standing crew figures left to base. 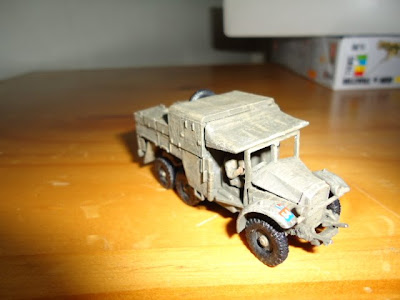 This picture shows the massive gap in the bonnet. This kit had a few flaws but this bit was the worst; I have plans to fix it up over the weekend. 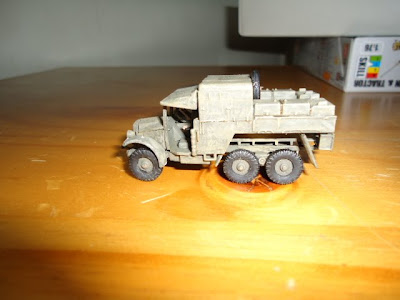 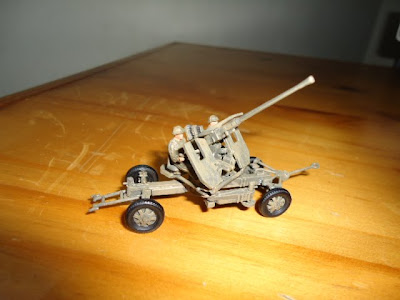 I managed to glue this just right, the gun elevates and traverses. 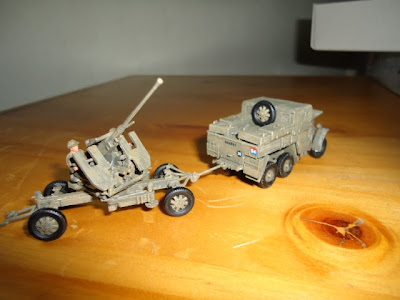 The rear of the tractor shows another couple of problem areas that I need to fix. The plastic was missing from the bottom of the ammunition lockers, which I suspect maybe in part due to the age of this kit. 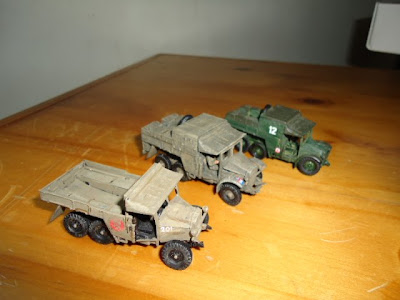 Here are the three trucks that I have, the one to the fore I got from an auction site and was already converted this way, I'd like to get some mud guards for it eventually, but for now it will do.
Posted by Al at 4:07:00 PM